Every day there is news of stabbings and shootings in London linked to gang crime. But few newspapers seek to find out what exactly is going on in the streets of London. Totalcrime seeks to shed light on the violence.

Most people get through their whole lives without being accused of a serious crime so to be accused of murder twice before reaching the age of 19 might to be quite an achievement.

And to beat the rap twice is even more extraordinary.

But that is what has happened to Kaleel Nyeila, who was this week acquitted of the murder of Leon Maxwell.

It came 26 months after he was acquitted of murdering Jason Isaacs (pictured).

So who is Nyeila and what does his story tell us about gang crime in London?

At his second murder trial Nyeila went into the witness box and testified about his life and his descent into crime.

He lived in Orchard Gate, a peaceful road a stone’s throw from Sudbury Town tube station in north-west London, where semi-detached houses sell for up to £540,000.

But by the age of 15 he was working as a “runner” for a gang in nearby Rayners Lane.

Nyeila said he earned around £200 a week taking cannabis to customers.

Asked by prosecutor Catherine Pattison QC why he did it, he replied: “I was foolish and I wanted to earn money.”

He said he later moved up to become a dealer and would earn up to £400 a week.

The Rayners Lane gang developed a bitter rivalry with youths in neighbouring Northolt, who have become known as the N-Gang.

It is not clear if Jason Isaacs, 18, was an N-Gang member but in November 2016 he travelled from his home in Northolt to King’s Road, Harrow – Rayners Lane gang territory – and took a selfie on Instagram in which he wrote: “Lurk round a K tryna leave mans head on the curb.”

In November 2017 he was attacked as he walked home from a friend’s house later at night.

Four men on two mopeds chased Jason up an alley in Northolt and stabbed him. He collapsed in the front garden of a house and died in hospital three days later.

It was later alleged that Nyeila was one of the four men involved in the attack.

But in late 2017 Nyeila had “problems” with older members of the Rayners Lane gang after a dispute about some drugs.

Instead of quitting the drugs game altogether, he upped sticks and began dealing cannabis in Wealdstone, where he somehow hooked up with the Greyset Gang.

By the spring of 2018 he was thick as thieves with the gang’s leader, Saharded Hassan, who was 27, and other Greyset members who were closer to his age – Irwin Constable, Rajae Heslop, Abdi Karama, Armani Ogilvie-Pitt, and Samuel Agyeman.

The Greyset Gang had a “beef” with the Queensbury Boys, whose turf was a mile or so to the east, near the quaint-sounding Honeypot Lane.

Nyeila posted a video of himself and a friend driving around Queensbury and it was alleged this had been an attempt to goad the Queensbury Boys.

At his trial he denied he was aware of any gang rivalry and said: “My generation are always taking video and posting it on social media. I know it looks pointless.”

At 9.02pm on 1 May 2018 Leon Maxwell, a 38-year-old with ties to the Queensbury Boys, was shot dead outside Queensbury tube station. The killer was a pillion passenger on a moped.

Maxwell (pictured above) was a 20-stone bodybuilder known by the street names Sykes or 2Swift.

In 2004 Maxwell had been convicted of killing Patrick Fitzharris, 22, after an argument about £75 worth of drugs.

He was jailed for life with a minimum tariff of 12 years.

Detectives did not believe Maxwell himself was the target. The Greyset Gang simply wanted to kill any Queensbury Boys member to send out a message.

He went on trial at the Old Bailey along with a former friend in the Rayners Lane gang, Joel Amade.

Amade was convicted of murder in April 2019 and jailed for life but Nyeila was found not guilty.

But a few months later Nyeila was arrested again and this time charged with the murder of Maxwell, along with Hassan, Constable, Heslop, Karama, Ogilvie-Pitt, and Agyeman, who was at the time still 17 and could not be named until he turned 18.

The Leon Maxwell murder trial was severed with the shooter, Constable, the moped rider, Heslop, and the gang leader and prime organiser, Hassan, put on trial first.

In March 2021 they were all found guilty of murder and jailed for life, although news of their sentencing was hidden by reporting restrictions intended to prevent the jury at the second trial from being prejudiced. 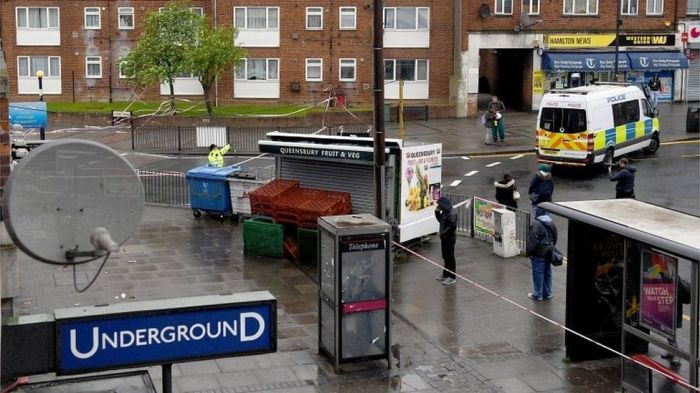 It can now be reported that Hassan was given a minimum term of 32 years, Heslop was given a tariff of 28 years and Constable got 24 years.

In 2021 Nyeila, Karama, Ogilvie-Pitt and Agyeman then went on trial.

They were also accused of murder, on the grounds of joint enterprise, although their roles were lesser and involved providing the stolen moped used in the crime and disposing of it along with the clothes and the weapon.

On 16 June 2021 Nyeila, Karama, Ogilvie-Pitt and Agyeman were acquitted of the murder of Maxwell.

Because he was never convicted the police have never released his mugshot, so there is no available photo of him.

At one point in his trial the prosecutor, Ms Pattison, read out a list of names and Nyeila confirmed they were friends of his who had been murdered – Che Labastide-Wellington, 17, also known as Grimz, who was killed in 2015, Hussein Ahmed, 19, who had the street name Sparts, stabbed to death in November 2016, and Quamari Barnes aka Q-Dotz, 15, stabbed in January 2017.

It remains to be seen what lessons Nyeila will learn from his experience.

But his family will no doubt hope he wakes up and smells the coffee.

The coronavirus pandemic naturally takes up a lot of room in our newspapers and on our TV channels but why are only some crimes – like the murder of Sarah Everard – given extensive coverage? Totalcrime is going to give you a glimpse into London’s underworld in the 21st century.

Drug addicts and their dealers live among us but they almost exist in another dimension.

While most of us are preoccupied by worries about jobs, children, health, finances and relationships, the addicts and their dealers are far more focused. 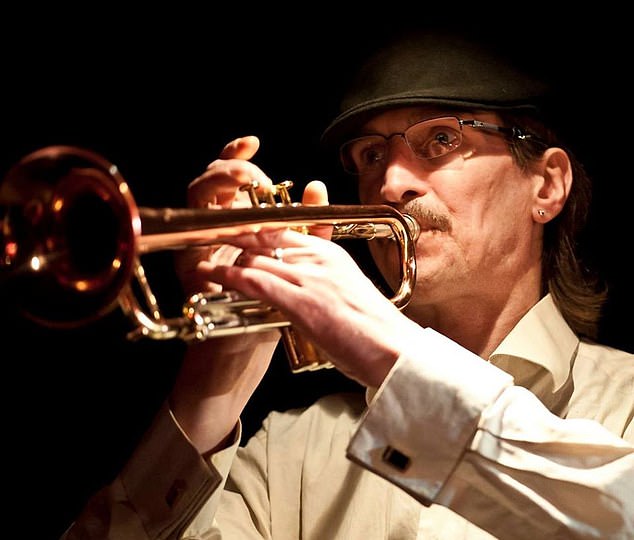 Junkies need to find the drugs to feed their habit – and often go to extreme ends to achieve that aim – while the dealers want to make as much money as possible and spend their time worrying about being ripped off, robbed or arrested.

This was never more clear than in the case of the deaths of William Algar (pictured above) – who was known as Blaise – and Ebrima “Brim” Cham, who were killed within a few days of each other in December 2019.

A trial at the Old Bailey, which ended on 26 May 2021, heard the dealers and the addicts got in touch by mobile phone and the dealer’s phone number never changed, even if the dealer who owned the phone did.

Originally Blaise was supplying heroin and crack on behalf of a Turkish dealer called Monster.

But in the summer of 2019 that dealer sold “the Monster line” to a Somali youth called Drippa.

When Monster handed over the phone he was effectively handing over dozens or hundreds of customers, and because they were addicts they were very regular customers.

Prosecutor Crispin Aylett QC told the trial jury: “The drug-dealing world is one of rivalries, robberies and turf wars. And when drug dealers fall out, they do not take their problems to the police. Instead, they take things into their own hands – usually with violence and often ending in either death or serious injury.”

William Algar, 53, was an accomplished jazz trumpeter who was widely respected in musical circles but he had fallen on hard times after becoming hooked on Class A drugs.

Algar, or Blaise as he was better known, was a gentle soul and he lived in Nowell Road, Barnes, about 100 yards from Hammersmith Bridge in west London.

His home had been turned into a hub for supplying heroin and crack to addicts and other buyers.

Originally Blaise would be supplying drugs on behalf of Monster but later he effectively became an employee of Drippa, whose real name was Idris Mohammed.

Ebrima “Brim” Cham, 35, moved in the same sordid circles but he was a very different character.

While Blaise was a bottom-feeder in the food chain, Cham was a predator. He was what is known in the underworld as a “standover man”, a criminal who specialises in robbing drug dealers, knowing they are not in a position to report the crime to the police.

The most famous standover man of all time was possibly Mark “Chopper” Read, an Australian gangster who is depicted by Eric Bana in the movie Chopper, which came out in 2000.

But being a standover man is a high-risk career. It makes you a marked man and eventually Ebrima Cham’s luck ran out. 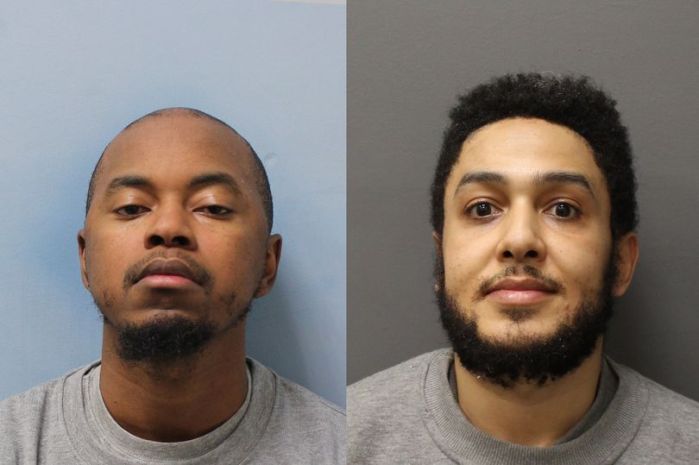 Cham had robbed some of Drippa’s dealers and this had enraged 19-year-old Solomon Akinwande*, Simon Emmons (pictured above, right), 40, and Zimele Dube (above, left), 33, who all worked for Drippa.

On 19 December 2019 Cham was tracked down to a flat in Hounslow, west London, by the trio.

They set about him with a variety of weapons and caused horrific injuries (see image below). 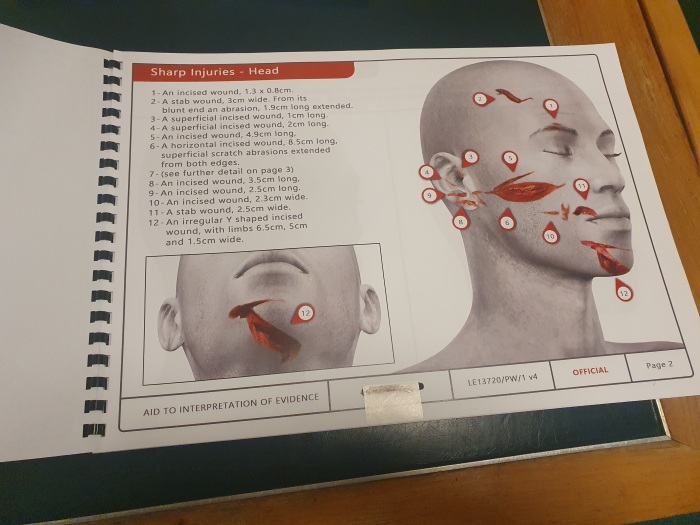 Akinwande – known to underworld associates as Akz – was accused by police of stabbing Blaise to death some time in early December 2019.

The trial heard Akz confided in a friend that he had killed Blaise because he had stolen drugs from the stash he was supposed to be selling for him.

Mr Aylett claimed that on the night of 17/18 December 2019 Akz and Emmons had dismembered Blaise’s corpse and transported body parts in a suitcase by taxi to Hounslow Heath, where they had buried them.

Parts of Blaise’s body were found in his house in early January 2020, other remains were dug up on Hounslow Heath but some sections, including his genitals, have never been found.

But Akinwande was acquitted of both murder and manslaughter.

Emmons however, and another man, Jayano Lucima, were convicted of perverting the course of justice. Lucima had helped clean up the blood with bleach and J-cloths.

At their trial Akinwande, Emmons and Dube all gave conflicting accounts of what had happened to Cham and Akz insisted he had nothing to do with Blaise’s death.

The jury convicted Emmons, Dube and Akinwande of Cham’s murder but Akinwande was acquitted of killing Blaise.

All four, along with a fifth man Marc Harding (pictured above, right, with Lucima) – who admitted perverting the course of justice – will be sentenced in July.

The trial barely merited a mention in the newspapers and, if it had not been for the fact that Blaise was a jazz trumpeter it probably would not have even been reported.

* Solomon Akinwande is a pseudonym used for legal reasons.

This site uses Akismet to reduce spam. Learn how your comment data is processed.