Earlier this month a report, following a public inquiry, was published into the fatal shooting by a police officer of Jermaine Baker, a 28-year-old black man, in Wood Green, north London, in 2015.

Jermaine’s death came four years after another young black man, Mark Duggan, was shot dead by police in another part of north London (pictured below, in graphic).

Duggan’s death in August 2011 sparked riots and looting, first in Tottenham, and then in domino fashion, across London, in Enfield, Croydon, Ealing and even in other parts of the country.

Jermaine’s death did not spark such a reaction.

Nor did the killing of Azelle Rodney, another young black man, in Edgware, north London, in 2005.

When I interview Azelle’s mother, Susan Alexander, at her home in west London in 2009, she said: “The government hasn’t got enough power over the police. The police are taking the law into their own hands. Azelle deserved a fair trial if he had done something wrong.”

Rodney, Baker and Duggan – a leading member of the Tottenham Man Dem gang – were all involved in criminality.

But that was not the case with Stephen Waldorf, 26, who was shot by police in 1983 in an incident (pictured below) which was on the front page of all the national newspapers at the time.

Waldorf, a film editor, was mistaken for David Martin, a notorious bank robber and fugitive (pictured below, with Waldorf on the left).

He was shot five times and pistol whipped by officers who were, wrongly,
convinced he was Martin.

The two officers who shot Waldorf were later acquitted of attempted murder.

The police improved its training after the Waldorf case.

In fact by 2004 the National Police Firearms Training Curriculum – the first attempt to standardise firearms training across UK police forces – was 5,000 pages long.

But it did not stop the killings of Rodney, Duggan or Baker.

Baker was part of a gang who were planning to “spring” a notorious gangster, Izzet Eren, from a prison van en route to Wood Green Crown Court, where he was due to be sentenced for firearms offences.

Eren was one of the leaders of the Tottenham Turks gang and his cousin, Ozcan Eren, had hoped to be able to spring him as the van travelled from Wormwood Scrubs prison in west London.

But the Metropolitan Police had been tipped off and armed police officers surrounded the gang’s Audi A6 car as it waited near the courthouse.

One of the officers, W80, fired a single shot through the open passenger door,
killing Baker.

Judge Clement Goldstone QC, who chaired the inquiry, said: “I have concluded that W80 shot Mr Baker because he honestly believed that Mr Baker posed a lethal threat and that it was reasonably necessary for him to shoot in order to defend himself.”

Baker was unarmed, but a replica Uzi sub-machine gun was found in the car.

Although Judge Goldstone cleared W80, he heavily criticised the planning and
execution of Operation Ankaa.

Judge Goldstone said there had been a “failure to engage with Her Majesty’s Prison and Probation Service about Izzet Eren’s escape risk,” and a failure to inform Serco, the company transporting Eren, of the escape plan.

But perhaps the most telling was a “failure properly to consider any outcome other than armed interception.”

Judge Goldstone said: “I am satisfied on all the evidence, including such notes as exist, that, although there ought to have been a discussion of potential options falling short of a firearms interception and extraction, there was in fact no discussion of any alternative option.” 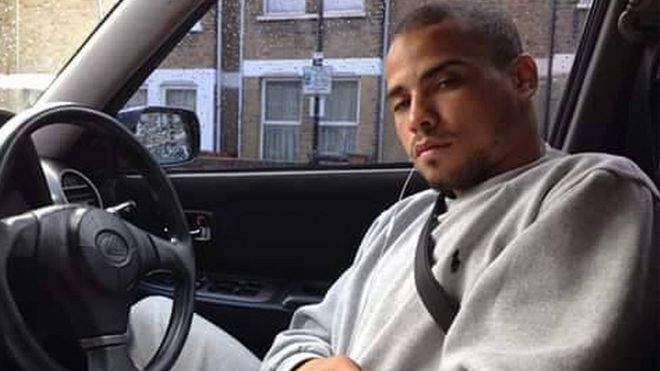 Considering the Mark Duggan, Azelle Rodney and even Stephen Waldorf cases, they perhaps should have considered other options.

Judge Goldstone also concluded: “I have found no evidence to support a finding that race played any part in Mr Baker’s death.”

Race may not have played a part in his death but his mother, Margaret Smith, told the inquiry: “Jermaine’s life was exceptional and unusual in the way that it ended, but the story of being written off as a child could be told by so many black boys and young men.”

2 thoughts on “DID THE COPS WHO KILLED JERMAINE BAKER LEARN ANY LESSONS FROM PREVIOUS CAR SHOOTINGS?”

This site uses Akismet to reduce spam. Learn how your comment data is processed.